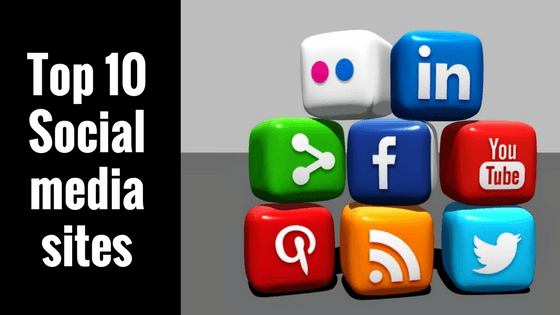 Briefly, Social Media can be defined as one kind of electronic communication system through which people can create online social networks where users can share information, ideas, personal messages, etc.

Facebook is a popular social media through which users keep in touch with friends, family and other people. In Facebook users, can create their own profiles, upload photos and videos, send messages and more other activities. This is a free social networking website. Users can access Facebook by desktops, laptops, tablet computers, and smartphones over the Internet and mobile networks. There are several key networking components in each member’s profiles. Such as, wall, photo Album, status updates, chat, live video etc. All interactions or posts are published in a news feed and people can watch according to its privacy. Though, at first, Facebook was limited for some group of people but now it has been worldwide and a good platform to stay in touch with everyone.

Twitter is another free social networking website. It is a micro blogging service through which all registered members post short messages. These short messages are known as tweet. Tweets are publicly visible by default, but senders can restrict message delivery to just their followers. If anyone one does tweet it is called twitting. Twitter members can broadcast tweets and follow other users’ tweets by using multiple platforms and devices. If any user wants to post on a certain thread and to connect them to a general topic they can add hash tags to a keyword. Characters of tweets are restricted. They cannot be greater than 140 characters. Individual tweets can be forwarded by other users to their own feed which process is called as “retweet”.

Google Plus is an internet-based social networking platform that is owned and operated by Google. It is almost same as Facebook. Users can share their status updates, photographs, videos etc. Users have individual profile where they can add profile photo, background photo, cover photo, previous work and school history, interests, places lived etc. Circle is a momentous characteristic of the Google+ Social Platform. It helps users to ordinate people into groups or lists. When a circle is created, a Google Plus user can share specific private content to only that circle.

YouTube is the most popular video sites. It is dominated by Google. The site allows users to upload, view, rate, share, add to favorites, report and comment on videos. YouTube includes wide variety of user-generated and corporate media videos such as TV show clips, music videos, short and documentary films, audio recordings, movie trailers and other content such as video blogging, short original videos, and educational videos. Users can sign up in YouTube with their Gmail account. Other users can subscribe your channel and you also can subscribe other user’s channels.

LinkedIn is a social network for professionals. It is a business and employment-oriented social networking service. It includes employers posting jobs and job seeker’s posted CVs. LinkedIn allows workers and employers to create profiles and “connections” to each other which represents real-world professional relationships. Users can invite anyone to become a connection.

Tumblr is a micro blogging and social networking website. Each user has his or her own profile where they can publish short posts of text, images, quotes, links, video, audio, and chats. Users can follow other users’ blogs. Bloggers can make their blogs private or public. For bloggers, many of the website’s features are accessed from a “dashboard” interface. Dashboard is a live feed of recent posts from blogs.

Reddit is a social news aggregation, web content rating, and discussion website.  Content of Reddit is socially curated and promoted by site members through voting. That means registered users can submit their votes up or down by which the posts are being organized and determined their position on the site’s pages. The news which gets maximum positive votes appears on the front page or the top of a category. Content entries are embodied by interests which are known as “subreddits”. Movies, news, gaming, music, books, fitness, food, science, and image-sharing etc. are the topics of the subreddit. People also discuss about the news on Reddit.

Myspace is a social networking website. At first it was actually founded as a venue for aspiring musicians and bands to share music and concert dates. But now it includes collective, user-filed network of friends, personal profiles, groups, blogs, music, photos, and videos. Since Myspace gives priority on music, users of Myspace can be identified by either a personal profile or a band or DJ profile. Personal users follow their favorite bands and artists, check out new music, see what their friends are listening to, and connect with people of similar music interests. Band and DJ profiles are for artists to share their music with fans.

I love bogging and want to contribute into this marketing industry. I am working SEO industry last couple of years time. To keep in touch with us and get some secret about SEO and online marketing. My name is Molla basar; a 33-year old SEO geek. My personal blog is my business.

Online Marketing Helps Business Grow Exponentially. I am Molla Basar; a 33-year old SEO geek. I love to play with Search engine. If you need any help leave your message on contact us page.